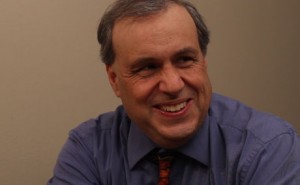 Blake Casselman is an award-winning film producer, a screenwriter, teacher, and a published short story and comic book writer. He earned a Bachelor of Arts in Film from the University of Utah and a Masters of Fine Arts in Education from the University of Phoenix.  He works as the Director of Programming and Film Festival Director at Salt Lake Comic Con, co-owns a film production company, Rare Legend Films, and is an instructor at the Salt Lake Screenwriting Seminar.  He also facilitates the Utah Film Writers Facebook page, which includes hosting a screenwriting critique group twice a month.

A lifelong avid comic book reader, he co-authored and co-created of the Graphic novel, Devil’s Triangle, and wrote a prequel short that was published in the Sunstone magazine. He also adapted and co-produced the fan short, Flight from Shadow, based on Robert Jordan’s Wheel of Time Fantasy book series. The film has won numerous awards and recently surpassed 100,000 views on You Tube.

A place to discuss writing, story and film.